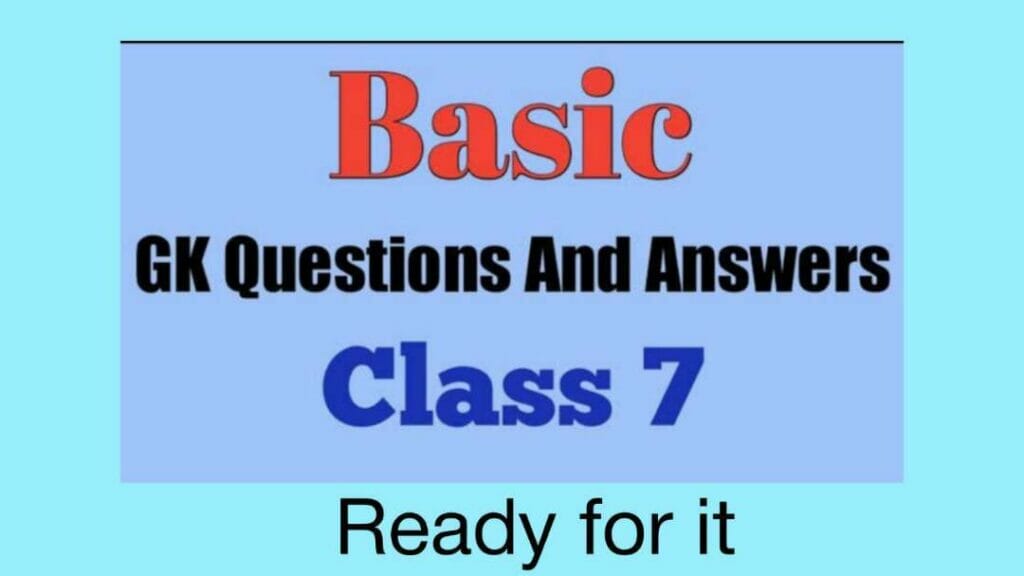 There are the basic question answers for the 7th class they can read easily and get ready for the exam and your daughter and your son can be ready easily.

3) Baku is the capital of which country?

4) Name the currency used in Japan?

5) Which lake is situated on the border of countries, Peru and Bolivia?

7) When is World Hearing Day?

Ans- To hear for life, listen with care!

10) Name a non-metal that conducts electricity?

11) Birth anniversary of Sardar Vallabhbhai Patel is observed as?

13) Name the main gases present in the Sun?

14) Name the capital of the Kingdom of Bahrain?

16) What is the capital of Norway?

17) Name the compound necessary for photosynthesis in leaves?

18) What are the tiny pores present in plant leaves called?

20) Name the continent known as the “Dark Continent”?

24) Which bird is known for its intelligence?

25) What is the gas absorbed by plants?

26) What is the capital of Denmark?

27) Olympic Games of which year were canceled due to World War I?

28) How many players are there in a Kho Kho team?

29) Who was the first President of the United States?

30) Name the continent with the highest population density?

33) Name the organ responsible for blood purification in the human body?

34) What is the name of the process where excess water in plants gets released?

35) What is the main source of energy produced through photosynthesis in plants?

39) Which is the smallest three-digit number?

40) Which is the largest three-digit number?

42) What is another name for Northern Lights?

46) Which is the hardest substance on the human body?

47) Where is the headquarters of UNESCO located?

48) Which planet is known as Earth’s Twin?

49) Which is the loudest animal on Earth?

50) Which blood group is known as a “universal donor”?